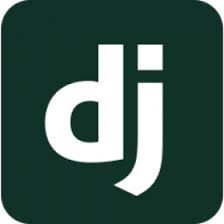 Are you in need of a highly skilled Django Developer for your project in Nacka who will be responsible for managing the interchange of data between your servers and users? Or a true expert Python developer who also masters the Django Framework and is familiar with ORM, MongoDB, MySql and has a fair understanding of building RESTful APIs? Every project has its own requirements and by hiring contract specialists to help you, you can select exactly the Django Developer who has the skillset that matches your web development needs spot on.

Onsiter’s sophisticated match-making algorithm is a great asset both in terms of the relevance of profiles presented and the price you pay for the service. With no middleman involved, you hire directly after you found the right Django Developer for your project in Nacka.

Independent Django Developers in Nacka are often brought in to share insights and experiences gained at other companies. This brings learnings and diversity to the team and allows you to achieve fast progress in your development project. You can be certain that the Django framework’s many components in the hands of a seasoned Python developer is a strong combination when it comes to bringing your web development project forward rapidly.

Scroll through Onsiter’s Django Developers in Nacka to find your specific match, and start your web development project off right now!