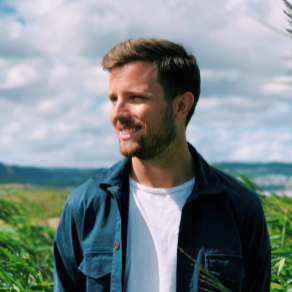 At Klarna I joined a tight team with a main responsibility of front end development for both the web and mobile application. The development was made in React Native together with Redux. As the project grew I soon had to spend big parts of my time writing both utility-functions and writing code for the team API in node.js. With my contributions in especially the front end for the introduction of Apple Pay the graph of card sign-ups saw a spike with over 4000% more registrations on the launch day compared to a regular day. I was also leading in the introduction of card sign-up for web which gave the users a new platform for registering for a Klarna card.

As a front end developer I mainly worked with handling of game coupons and writing AB tests. The development was made in React and Redux together with Redux-Saga. I developed a new way for Danish costumers to bring their coupons to the "sister-page" derby25.dk. After this was introduced, 10% of the bets played on derby25.dk where customers who came via atg.se.

During the second half of my time at ATG I was the driving force in the development of a brand new product for the website where users more easily would be able to pick their horses based on a list of criterias. This is a very complex front-end product which has been wanted by ATG's customers for a long time and is expected to go live during 2020.

At Flowbox I joined a team who's responsibility was to implement a component library that all teams at Flowbox should use to create a more uniform product. Development was made in React with a little bit of Redux, but we mainly used React contexts for sharing of states. With our contributions developers experienced that the development became easier, less code needed to be maintained, code quality went up and the designers had a much easier job now that it was clear which components could be used in the design.

In my role as a team lead I was responsible for project planning, project follow-up and team development. The main challenges in this role was to bring up the team-spirit after Flowbox employees had suffered in attitude problems as a result of a quick organizational growth with many changes. My introduction of recurrent retros with a new retro format and small-fix-Fridays inspired the other teams to do the same, resulting in the overall attitude at the company slowly improving. I was told that my ability to follow up on set action points had a big part in this improvement.

Assignments at Klarna, ATG and Flowbox

Master of Science in Information and Communication Engineering Technologies